Since the donations are collected online, the whole process is fast, easy, and secure for people to donate straight from their phone. Our advanced back-end administrator system gives you the tools to track all of the pledges, whether they are from checks, cash, or credit cards. 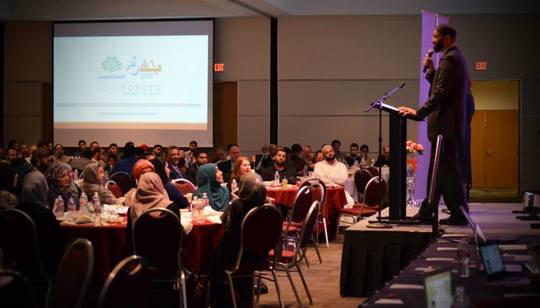 LaunchGood Fundraising Benefits
1. Extend fundraising beyond the room.
Since the fundraising occurs online, people donate from anywhere, even if they're not at the dinner. LaunchGood fundraising efforts have resulted in an average of $3,000 extra dollars raised per dinner in comparison to a traditional fundraising dinner.  2. Collect credit cards instantly.
Our efforts allow donors with credit cards to donate money to their desired campaign directly through their smart phone. At one of our fundraising dinners 70% of the people donated money using their credit cards!  3. Quickly & Easily log all checks, pledges and cash.
Using one input screen, LaunchGood allows you to keep track of all the money and pledges in one convenient place.  4. Convert pledges to dollars.
As you know, one of the really challenging aspects of fundraising dinners is converting all the pledges into dollars. With our system, you can easily keep track of all the pledges, giving you a more convenient way of following up with donors.

The most frustrating experience organizers have during and post fundraising dinners is collecting, organizing, and following up on pledges. LaunchGood allows you to create a campaign page and use it for entering pledges during the dinner for a convenient follow-up after  dinner.

The campaign is on the live screen, and a team of volunteers would enter the pledges. The more you raise, the more the donor amount and funds raised increases which encourages others to support.

At the end of the night, LaunchGood collects a list of names, emails and donor information about all of your pledges. This list is digitized for easy export and follow up. You can even leave notes about specific pledges and send updates to all donors. 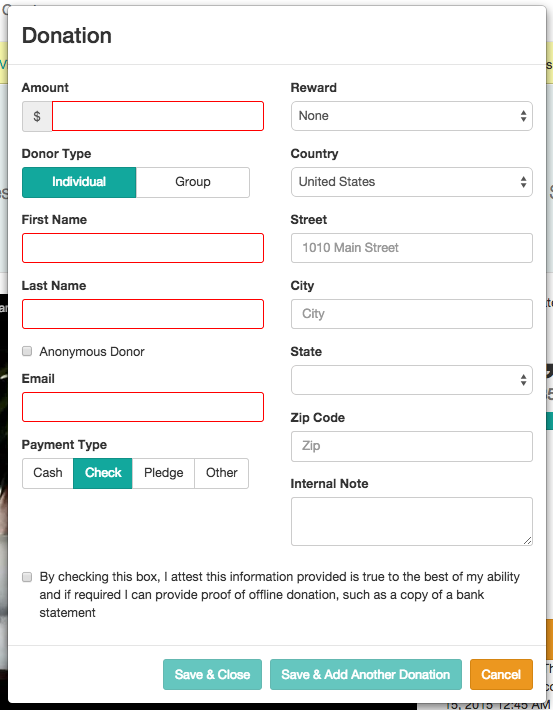 There are zero platforms fees on funds raised online for LaunchGood campaigns. There is the unavoidable 3% credit card processing fee for online donations, and no charges whatsoever on offline funds raised.